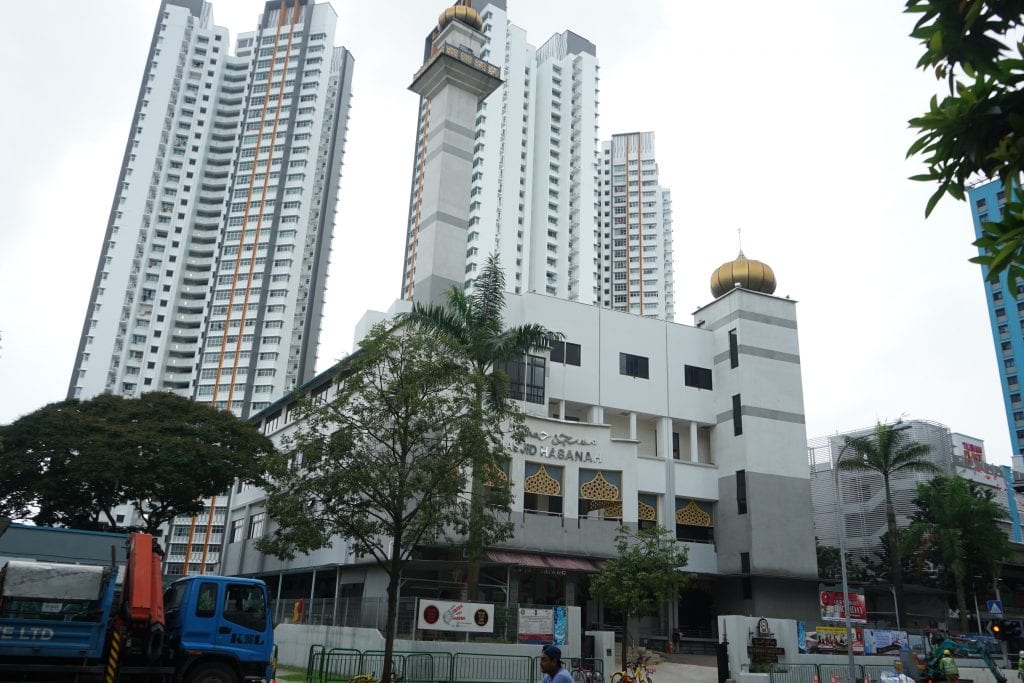 In 1971, the mosque was built by Jurong Town Corporation (JTC) at the present location to replace several mosques and surau that were acquired from the nine southern islands slated for national development. In late 1980s, to better support the growing Muslim population in the Teban and Pandan Gardens area, the community raised funds to redeveloped the mosque as it looked archaic compared to the new residential blocks in the vicinity. Finally in 1989, enough money were collected and the mosque was rebuilt.

Unfortunately in 1993, on the eve of Hari Raya Aidilfitri, several classrooms on the second storey caught fire, destroying the newly built mosque. The mosque was then closed for reconstruction work and officially reopened in 1996.