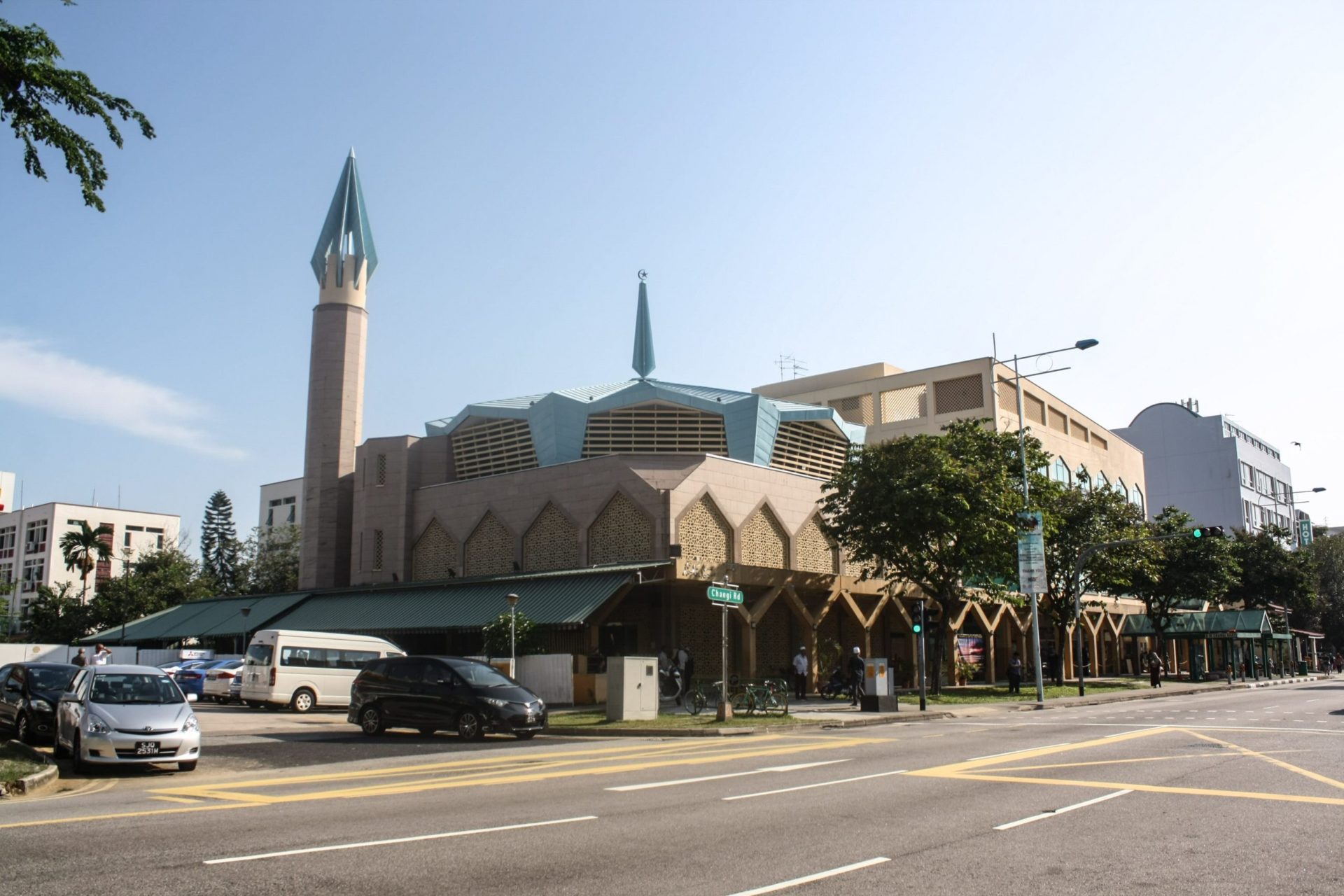 Built in the early 1920s on a wakaf land given by Ahna Mohamed Kassim Bin Ally Mohamed in 1921, the mosque was originally a one-storey structure and could only accommodate around 700 worshippers. In the 1990s, the mosque committee decided to rebuild the mosque and with support and contributions from the community and the wakaf, the mosque reconstruction was completed in July 1999.

Today, the three-storey mosque can hold up to 2,000 worshippers and is connected to Wisma Indah, a commercial annex building of Wakaf Kassim. Besides organising regular religious classes, courses and activities for our Muslim community, the mosque is also an active and vibrant place for social and development programmes.