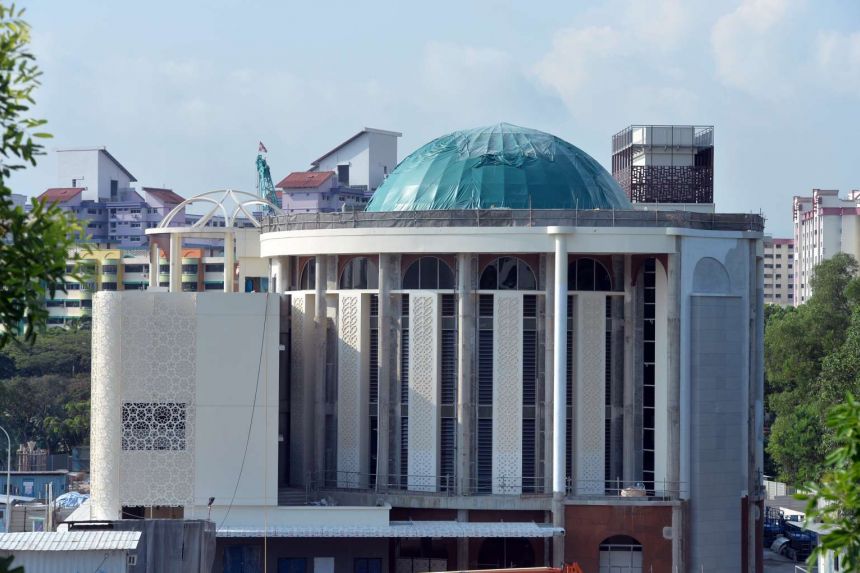 Opened in 2016, the mosque built under the Mosque Building Fund (MBF) scheme was named ‘Maarof’ to commemorate an older mosque by the same name, located near Beach Road until 1996 when it had to make way for development. Strategically located near the junction of Jurong West Avenue 2 and Jalan Bahar, the mosque stands out for its grand, voluminous prayer hall, crowned with a dome. It can cater up to 4,500 congregants, serving residents, workers and university students from the area.