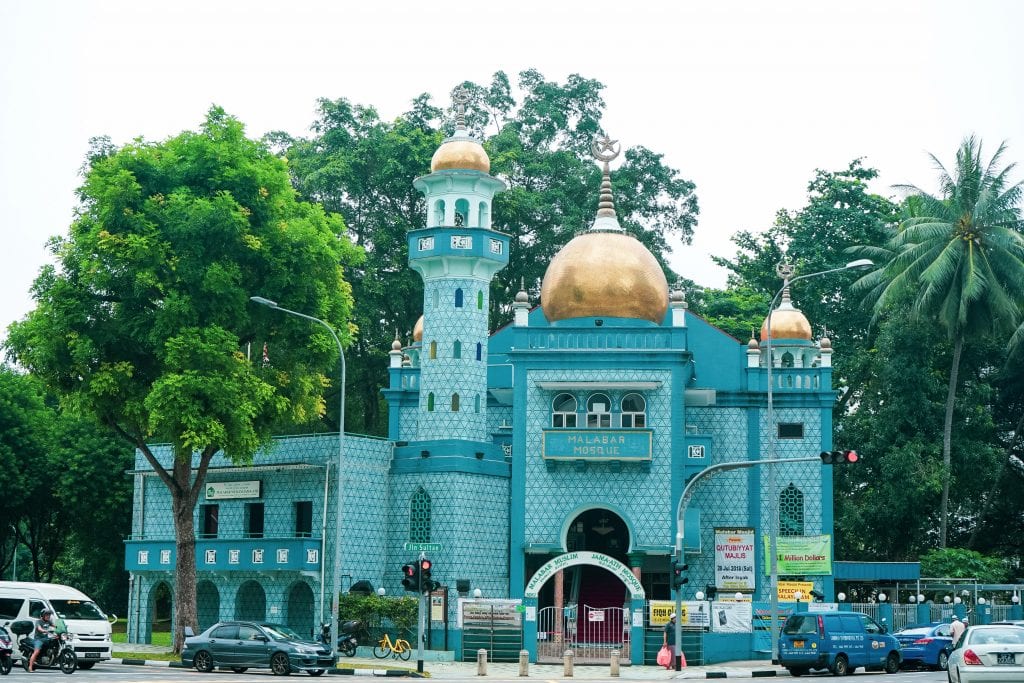 Declared opened in 1963 by the Yang di-Pertuan Negara, Encik Yusof bin Ishak, (who then became Singapore’s first President), the mosque is also known as the Golden Dome Mosque and is situated at the corner between Victoria Street and Jalan Sultan. This is the only mosque in Singapore which is fully managed by the Malabar Muslim Community. It is the place where all Malabar Muslims gather during Friday, Aidilfitri, Aidiladha or any other major functions. As a cost cutting measure on the annual painting, the mosque committee decided to continue renovating the interior of the mosque. By 1995 the whole mosque was fully tiled giving it the prominent blue colour.