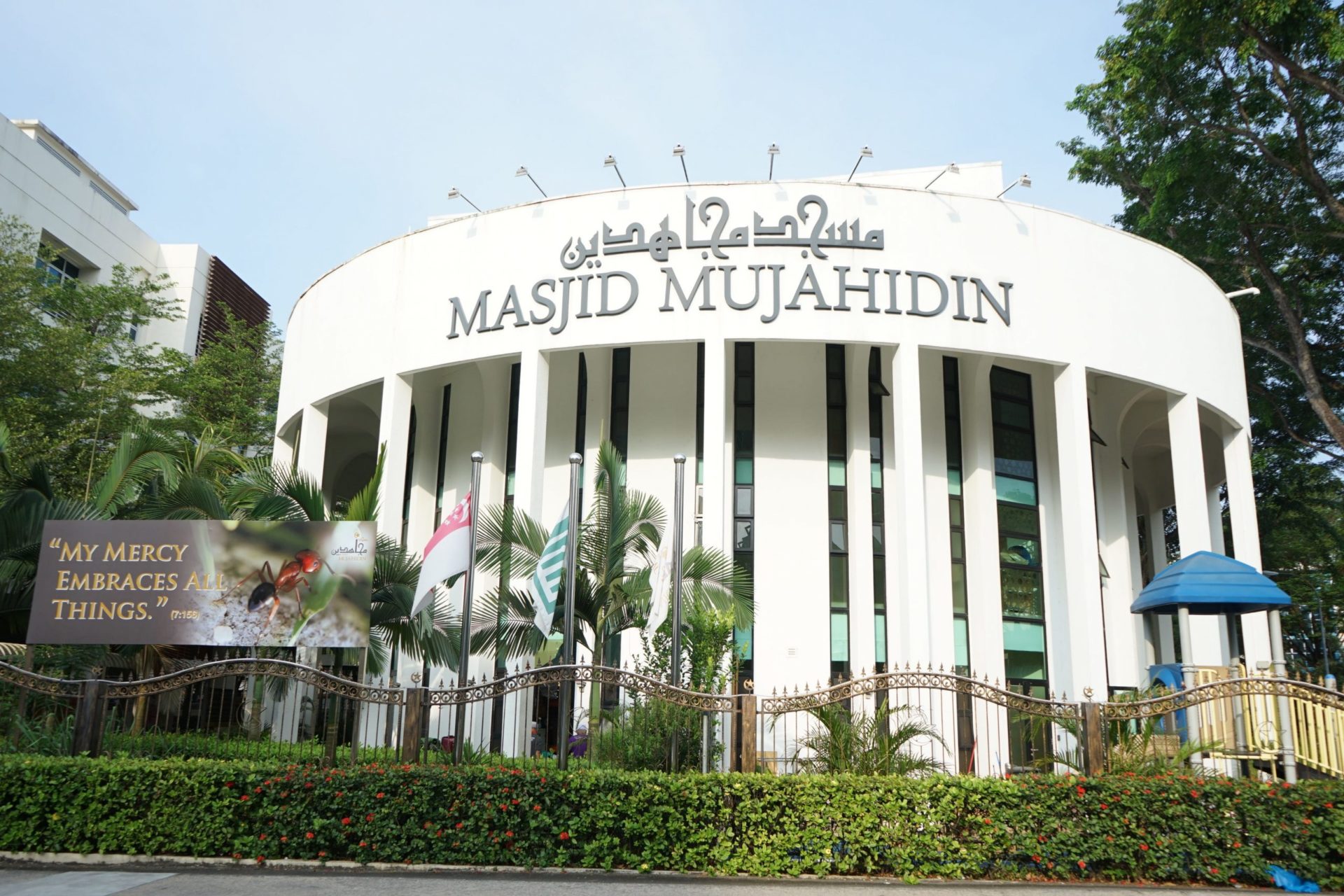 Officially opened in 1977, the mosque is the second built under the Mosque Building Fund (MBF) scheme and serves the residents living in Stirling Road, Tanglin Halt, Queenstown and Commonwealth area. Before the existence of the mosque, religious classes were conducted at the nearby Police Reserve Unit as the surau or prayer halls within the estate were not large enough. When the mosque first opened in 1977, specialised departments in education, youth, religion and welfare were established at the mosque. In 1994, the mosque added its rear wing with classrooms.

Due to the demand for more prayer space and to meet the changing needs and expectations of the community, the mosque was upgraded in 2013. New spaces and barrier-free facilities were introduced and the upgrading works were completed in 2014. The upgraded mosque also incorporate an office for the Kampong Holland Mosque Committee to plan and implement programmes and activities for congregants from Holland Village and Buona Vista areas. Masjid Kampong Holland seized operation to make way for redevelopment plans in the Holland Village area.