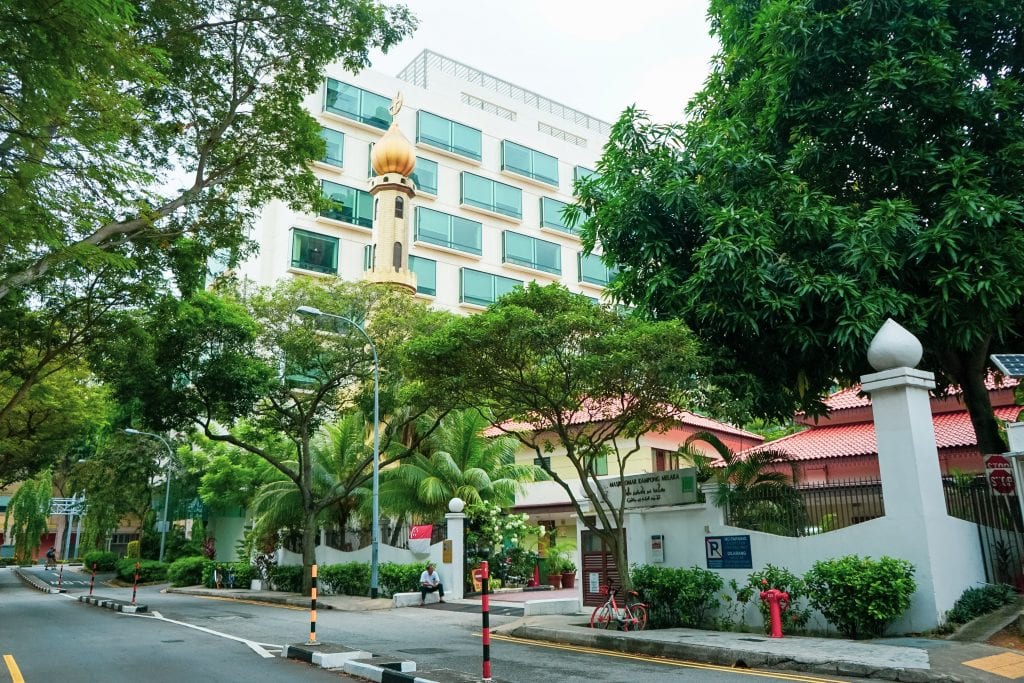 This is Singapore’s oldest mosque on record, with its humble beginnings as a wooden surau way back in 1820 on a wakaf land belonging to philanthropist Syed Omar bin Ali Aljunied, whom the mosque is named after. Monetary contributions from Syed Omar’s son, Syed Abdullah bin Omar Aljunied, in 1855 made its rebuilding into a brick structure.

The old generation mosque located in the Central area, underwent yet another major rebuilding project in 1985 in which a tall minaret with a small roof dome is added at the entrance of the mosque. The current building is the third mosque built on this site. With a capacity of 1,000 congregants, it is the focal point for office workers during daily and Friday prayers.