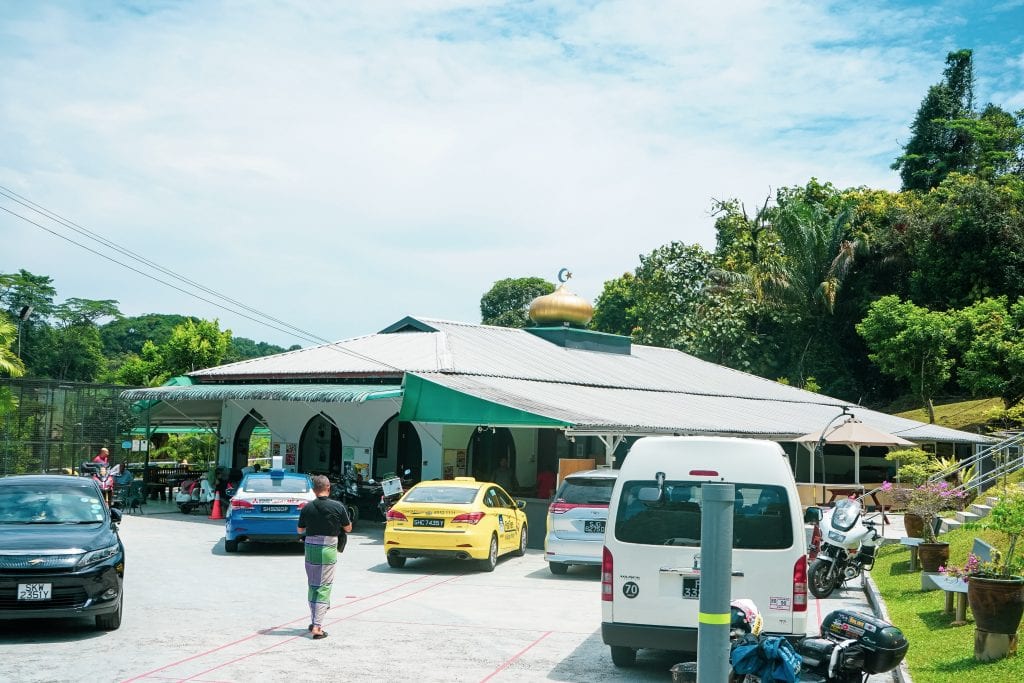 This old-generation mosque was built in 1973 and is situated in a rather isolated area of Central Singapore, near Mount Pleasant Road. It used to serve various villages in the area, especially the Boyanese-majority Kampong Jantai and nearby Kampong Nekat.

Syed Ibrahim bin Omar Alsagoff, a prominent member of the Alsagoff family, financially supported its construction and named the mosque after his parents, Syed Omar and Salmah. It can accommodate up to 300 worshippers, and holds activities such as the korban, Eid and Friday prayers.