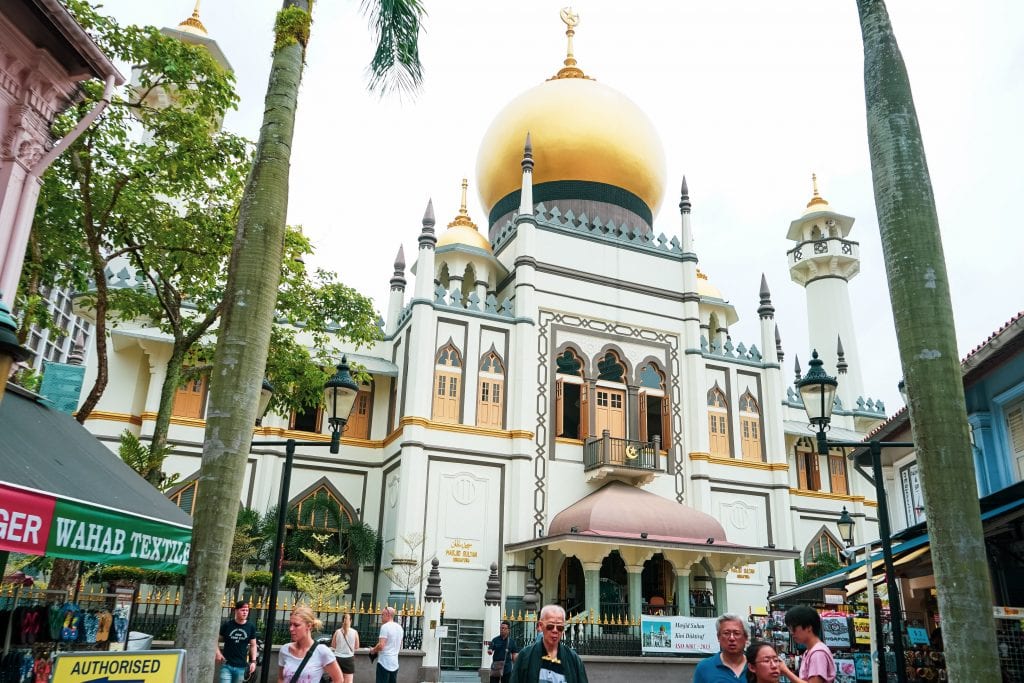 In 1824 Sultan Hussain Shah, Ruler of Temasek, former name of Singapore, proposed to build a mosque. Sir Stamford Raffles promised that the East India Company will donate $3,000 to assist in the building of the mosque. The brick structure – a pitched-roof structure similar to mosques found in the Nusantara with an area sufficient for the Muslim population of that time to do their prayers – was ready two years later. In 1914, the lease of the land where the mosque was situated was extended by the Straits Settlement Government for a further 999 years.

In 1924, the Board of Trustees proposed to rebuild a new building for the mosque on the same site. The new building influenced by the Indo-Saracenic style  – which still stands today – was completed four years later. In 1987, an extension to the mosque was built and was officially opened in 1993. In 2014, the mosque underwent a major facelift under the Mosque Upgrading Programme (MUP) making it a barrier-free structure. The mosque was gazetted as a national monument in 1975.