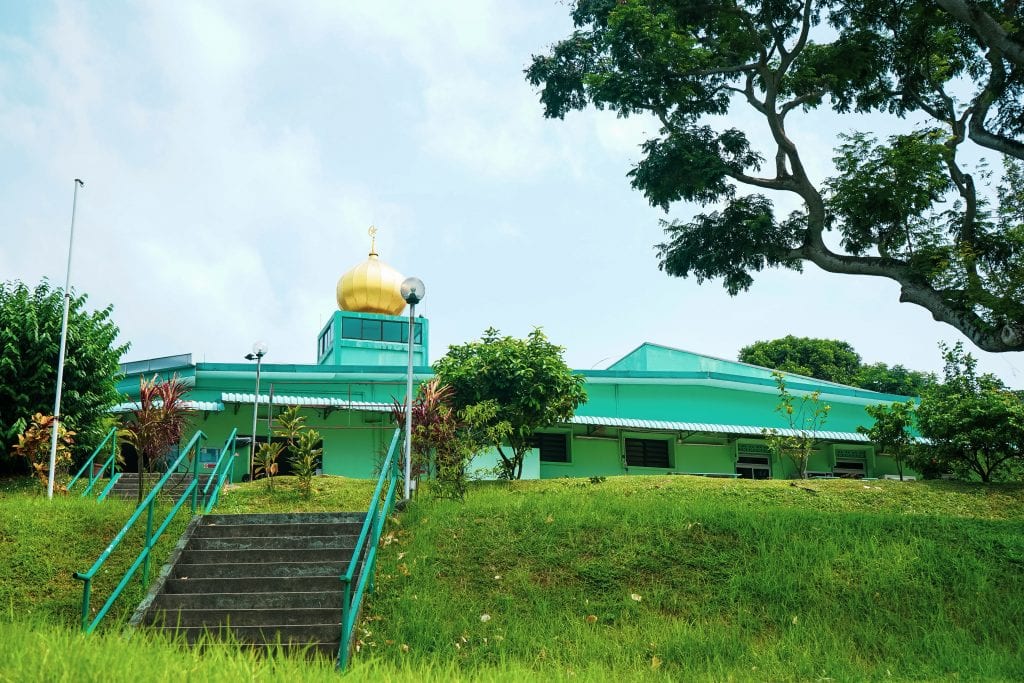 Muslim members of the British Royal Army built this mosque located in the West on top of Clementi Woods close to National University of Singapore (NUS) in 1961. It was named Masjid Tentera Diraja, literally translated as “Royal Army Mosque”, in recognition of their contributions. With a capacity of 700 people, it is distinguished from its surroundings by its minaret topped by a gold-painted dome. Usual congregants include workers from nearby Pasir Panjang port and students from National University of Singapore (NUS).