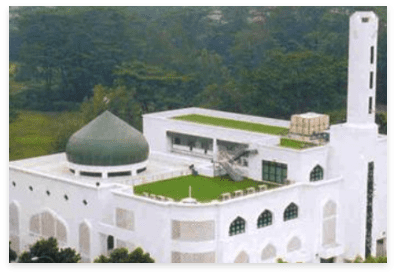 AlKhair English Madrasah  (EMAK) was set up as a unit of Masjid AlKhair in January 2006 to provide Islamic Education to the Non-Malay speaking Muslim community in the North West of Singapore. They represent a multi-racial community consisting of Indians, Chinese, Europeans and Malays. With this mix of students from diverse students in mind, all classes are conducted fully in English.

With an initial enrolment of 160 students in 2006, AlKhair English Madrasah has expanded to over 550 students in 2016. The curriculum adopted by the madrasah is fully based on the new MUIS syllabus called the Singapore Islamic Education System (SIES). Under this curriculum, students progress from Kids aLIVE, Tweens aLIVE and Teens aLIVE to Youth aLIVE. The madrasah is managed by parents with advisors from the Board of Masjid AlKhair.