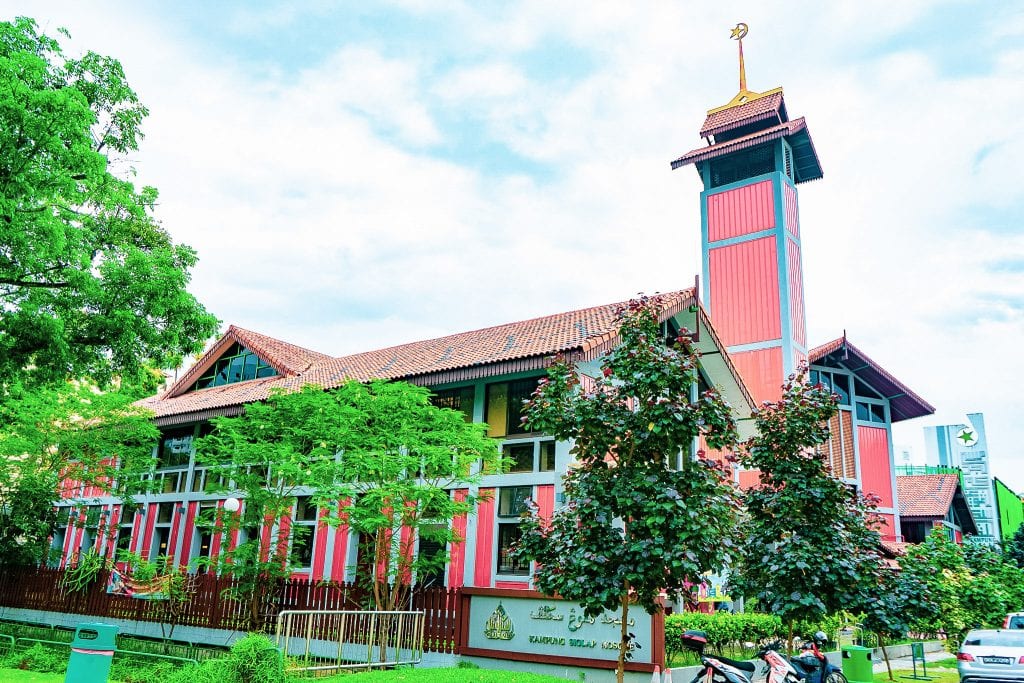 It was widely believed that the mosque was collectively built by the village folks. The plot of land where the old mosque was built had been bought by the late Madam Hajijah, mother of the late Mr Daud Bin M. Shah J.P, also known as Tok Teh Daud. Jalan Hajijah nearby is named after her. When the mosque was rebuilt in 1980s under the Mosque Building Fund (MBF) scheme, the old mosque building was not demolished, but preserved alongside the new structure and converted into Darul Quran Singapore – a new Quran learning centre. The new mosque was officially opened in 1992.

In 2009, just months after it completed a major upgrading work, a fire destroyed much of the mosque’s prayer hall. The mosque was then closed for reconstruction works and reopened in 2011.