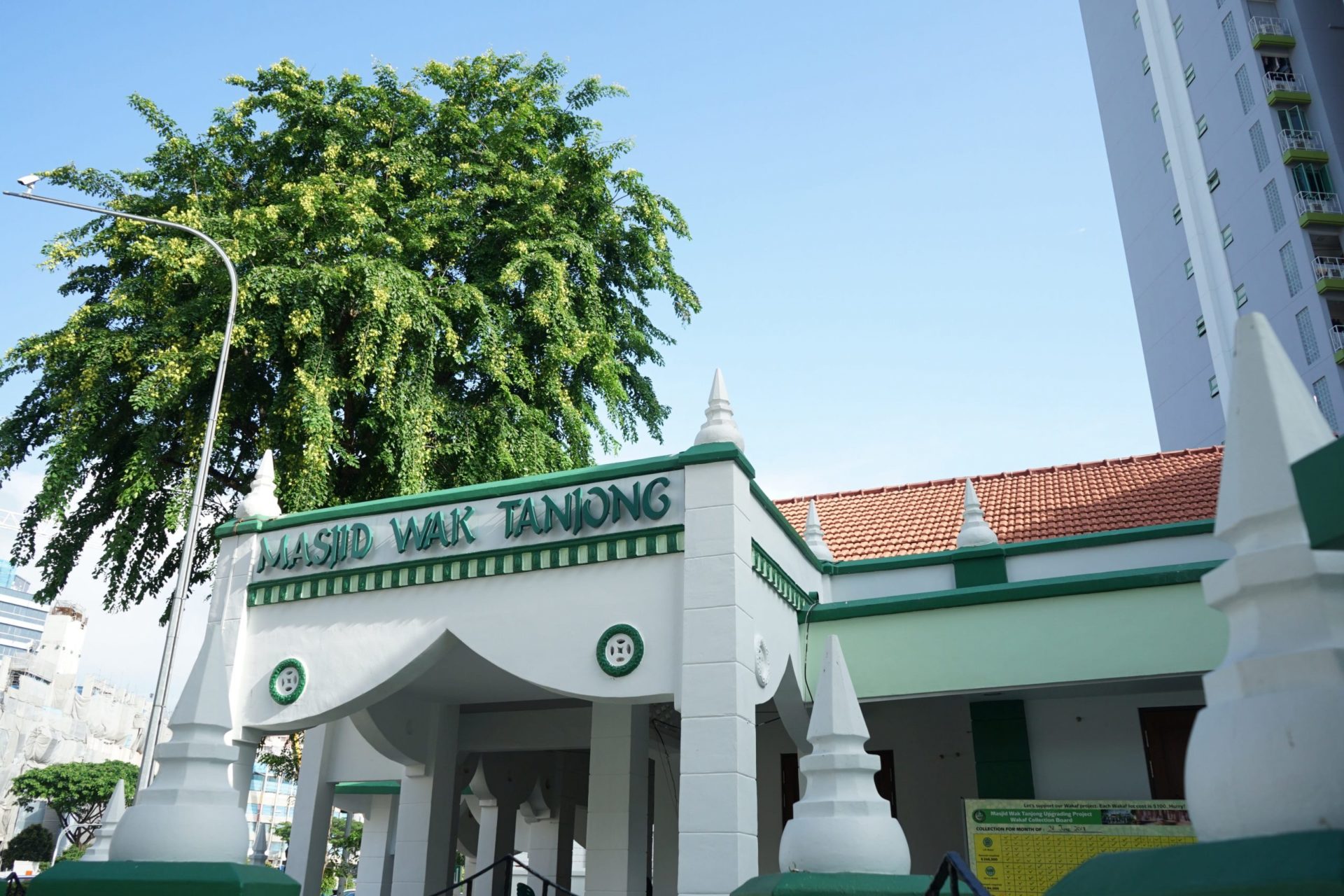 Located in the middle of the new Paya Lebar Central business district, the original mosque dated back to as far back as 1933. It was then a semi-wooden prayer hall serving the needs of villagers in Kampung Wak Tanjong. In 1998, the mosque was reopened after undergoing a major restructuring.

In a Berita Harian interview with founder and then Principal of Madrasah Wak Tanjong Al-Islamiah, Allahyarham Ustaz Mohammed Noor Taib, in late 1990s, he revealed that his great-great grandfather, Allahyarham Wak Tanjong was the one who built the wooden mosque on the current spot which the mosque sits on. According to Allahyarham Ustaz Mohammed Noor, who was once the mosque’s chairman, Wak Tanjong was a trader who plied between Singapore and Peninsular Malaya to trade and often stayed at Kampong Melaka, a village located behind the current City Plaza.